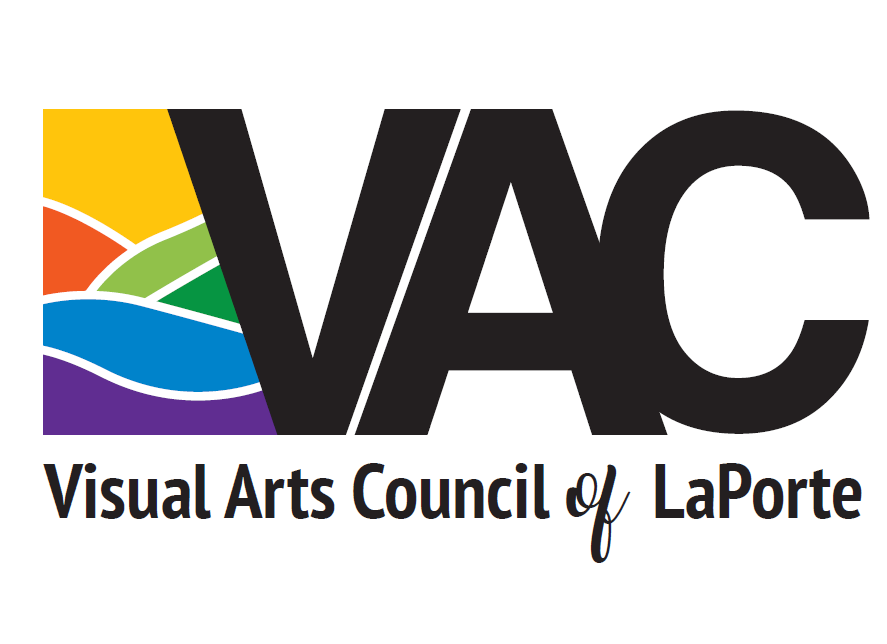 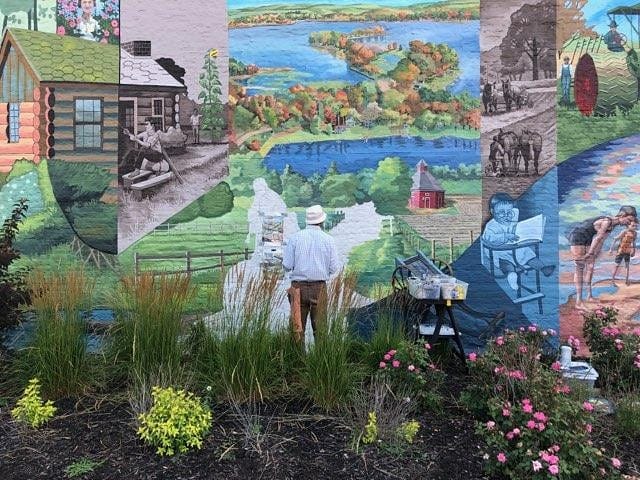 What is the Visual Art Council?

The Visual Arts Council of La Porte (VAC) is a group of art professionals and individuals dedicated to promoting visual arts with an understanding of the arts’ expansive role in community development and economic growth. In response to the growing desire for public art in the City of La Porte, VAC fundraised over $60,000 and engaged nationally renowned multi-media artist Tom Torluemke for the design, development and installation of a 108 foot  mural in  Plaza 618.

Tom Torluemke is an Indiana based, contemporary American artist. His practice spans 30 years and includes works in painting, drawing, sculpture and installations in a variety of mediums. With over 20 public art commissions throughout the Midwest, they serve as a testament to the relevance and scope of his ideas, and his ability to present them in a meaningful context within their communities. 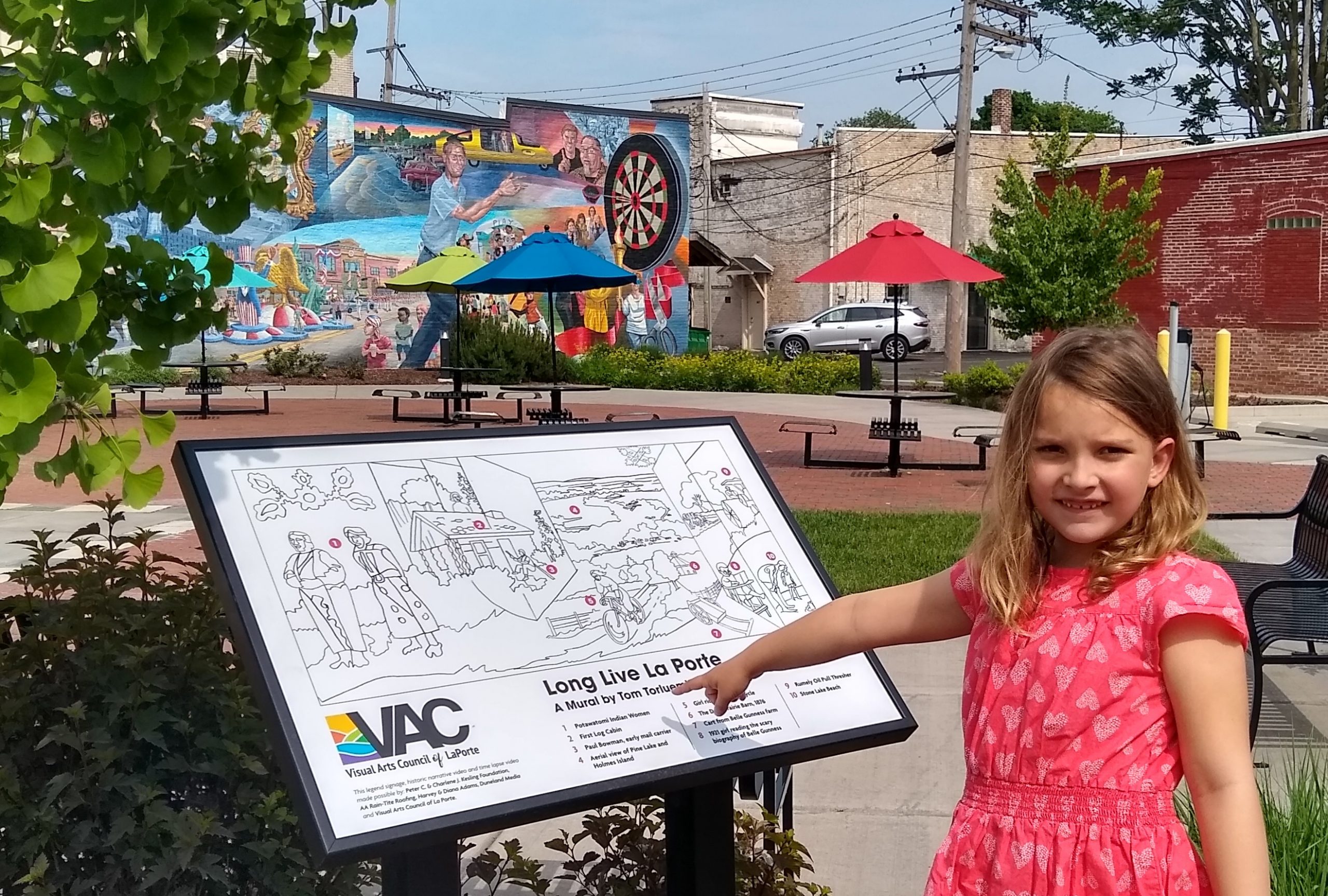 New signage has been installed at Plaza 618 as well as QR codes linking a historic narrative video and time lapse video all made possible by the generous support of the Peter C. &amp; Charlene J. Kesling Foundation, Harvey and Diana Adams of AA Rain-Tite Roofing and Duneland Media.

Since its completion in the summer of 2019, the 108-foot mural entitled “Long Live La Porte” by artist Tom Torluemke has been enjoyed by many at Plaza 618 in Downtown La Porte. The mural displays images of the past to the present, including famous residents, inventions, accomplishments, and
landmarks.

Following the unveiling, community members approached the Visual Arts Council with the request of identifying all the images for the public as well as sharing the stories behind what was pictured. The council worked with Handel Design to create the signage and local Historian Bruce Johnson in the
identification of many of the subjects. Duneland Media filmed the time lapse video as well as produced the narrative video and the QR codes on the legend signage that direct observers to the historic narrative and time lapse videos.